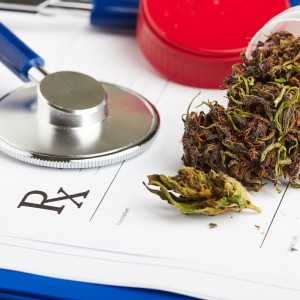 Surveys have shown that almost 70% of people support the use of medical cannabis in Australia and in February 2016 legislation was introduced which allows the controlled cultivation of marijuana for medicinal or scientific purposes under a national licensing scheme. Here is everything you need to know about how the legalisation of medicinal marijuana will affect Australian doctors.

Marijuana – also known as cannabis – was previously a schedule 9 drug, the same category as heroin. Therapeutic Goods Administration (TGA) announced in April this year that as of 1st June 2016 medical marijuana in Australia would be classified as a schedule 8 controlled drug.

As of 1st August 2016 doctors in NSW are allowed to apply to NSW Health to seek approval to prescribe certain cannabis-based products that were previously only able to be used in clinical trials. It is not yet possible for patients to obtain medicinal marijuana on prescription in other states, further legal changes are required in order for this to be possible. The adoption of prescription of medical cannabis Australia wide will depend on the individual states and territories.

Doctors wishing to prescribe medical marijuana in Australia (NSW) must meet all of the other requirements as with an S8 prescription. They must also:

The application must be accompanied by clinical evidence for the use of medical cannabis. It is expected that approved standard treatments will have already been tried and that the doctor making the application is a specialist in the condition being treated. The product itself must have been lawfully manufactured or imported and it must be derived naturally from the cannabis plant, not a synthetic substance. At present there is no licensed manufacturer of medical cannabis products in Australia.

The new legislation is likely to generate a lot of interest from patients and questions to doctors about medical marijuana in Australia, however given the complex application process and the need for medical cannabis to be imported at present, some commentators believe medical marijuana on prescription will be limited for quite some time yet.